Bully Breed, the short film we produced in conjunction with Battersea Dogs Home, was screened to a committee at the Houses of Parliament last week. The film’s purpose is to highlight and combat the growing problem of young people acquiring bull-breed dogs for use as weapons.

To mark the film’s release, and to celebrate the joy of working with dogs, I’ve put together a list of my 10 favourite onscreen mutts. Now if this were a proper top 10 based on merit or cachet then Lassie would win every time, but I’m afraid her bumptious little face has no place here. These are just my personal faves: the funny ones, the messy ones, and the alcoholic womanising atheist ones. Bowow!

This film is essentially Free Willy but with huskies instead of an orca whale. Unsurprisingly, it was released just a year later. A few details are changed here and there (the huskies are taking part in a race, or something), but overall it’s a fairly mediocre rehash of the classic family whale-a-thon. In fact, August Schellenberg – he plays good old Randolph in the Free Willy franchise – appears in this, and he’s playing exactly the same enigmatic, definitely high, mystic who becomes the protagonist’s mentor/father-figure. I think he’s even wearing some of the same clothes that he wore in Free Willy.

The reasons I’m including Iron Will in this list are twofold: firstly, huskies are amazing and they feature fairly heavily in this film; and secondly, for anyone who enjoys watching poorly executed family melodrama for its intrinsic ironical value, Iron Will is a goldmine.

In Free Willy, remember the inscrutable mantra that Randolph teaches Jesse, which he then uses to goad Willy to jump over the rocks? Well, in Iron Will, exactly the same thing happens, except the mantra is transposed into a pedestrian four-note melody that, when whistled, makes the huskies go twice as fast! This guy gets it.

This movie has to be seen to be believed, plus Kevin Spacey’s in it for a bit. 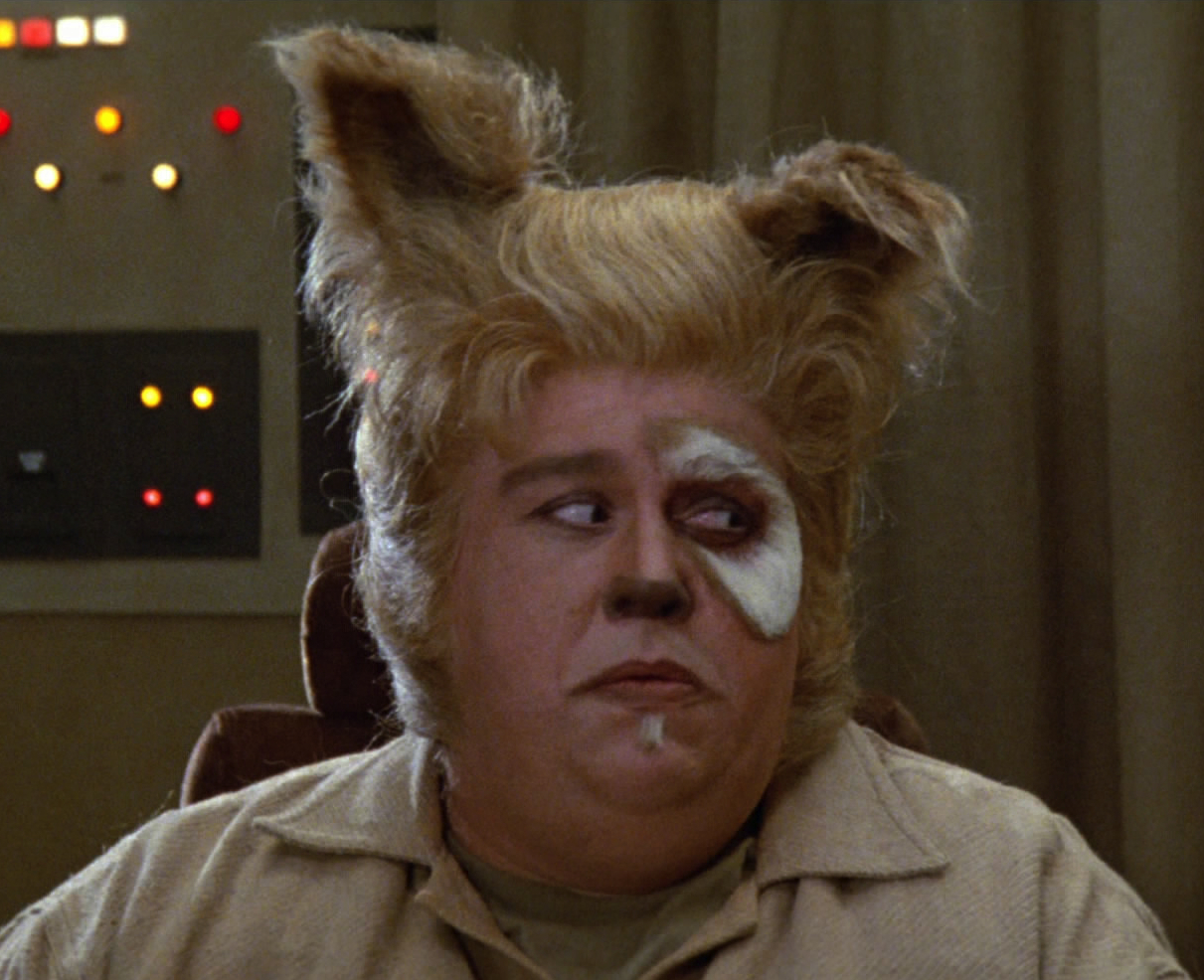 A definite controversial choice here, Barfolomew is of course a “Mawg” – half-man half-dog (he’s “his own best friend”). But his mere 50% doggishness makes the list on the merit of John Candy’s hilarity, and just Spaceballs in general.

Mildly interesting Wiki fact: In the Russian translation of the movie, a Mawg was rendered as “Chelobakka”, a portmanteau of words “chelovek” (a man) and “sobaka” (a dog) also spoofing the name Chewbacca. I bet you’re glad that you’re reading this blog now. 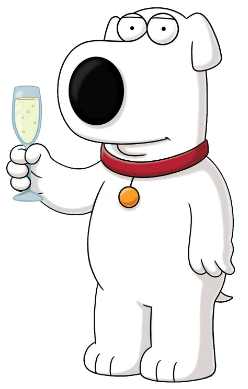 “Whose leg do you have to hump to get a dry martini around here?”

It’s telling of Seth MacFarlane’s attitude towards the typical American family that he decided to make the two most intellectual characters in his show a dog and a baby. One of Family Guy’s greatest triumphs is Brian the anthropomorphised, politicised, atheist labrador retriever, voiced in MacFarlane’s own speaking voice. Apparently William H. Macy originally auditioned for the part of Brian, but it seems impossible to imagine anyone else doing it now.

Brian and Stewie’s relationship is easily the best part of the show and the “Road to…” episodes always deliver. He’s the least dog-like dog on this list, but that allows him to commit bestiality, write a novel, drink and drive, and we don’t mind because we see him as another human character. Some of his funniest moments come about, however, when he fails to repress his own nature and starts acting instinctively dog-like. “P-A-R-T….Why?…” – It’s fair to say that there’s something wrong with you if you can’t complete this quote from The Mask. Arguably the Anchorman of the 90s, this film is memorable, quotable, but it’s not just all about Jim Carrey.

It wouldn’t be right to neglect the talents of Max the Jack Russell terrier who plays Stanley Ipkiss’ faithful frisbee-loving companion Milo. He brings an extra splash of character to ensure we don’t OD on Carrey’s rip-roaring garishness, and also is responsible for one of the few laugh-out-loud moments not involving his owner. You know the one I mean.

I’ll usually find some way of getting The Big Lebowski into any list I’m compiling. Its brilliance and eclecticism mean that it contains classic examples of many things. A dog cameo is one of these things. Although, admittedly, it’s quite a small aspect of the movie compared to some of the other canines on this list, Walter’s ex-wife’s “Pomeranian” nevertheless inspires some of the quintessential dialogue which Lebowski fans have come to learn and repeat like scripture.

The reason I write “Pomeranian” is because the dog in question isn’t actually a Pomeranian at all. It’s either a Cairn or Yorkshire terrier – this is a Pomeranian. The purposeful inaccuracy sets up a little cohesive running gag which is called back to later when the Dude incorrectly identifies the “amphibious rodent” in the bath with him as a marmot (it’s actually a ferret). The Dude and Walter were clearly smoking too many Thai sticks during college.

Comedic turns such as this are embedded in the loquacious dialogue and generally remain hidden during the first few hundred viewings, hence why the film is so relentlessly re-watchable. The dog may not have any real narrative significance, but it adds to the layers of comedy and also appears in two of the film’s funniest scenes. Not exactly a lightweight. 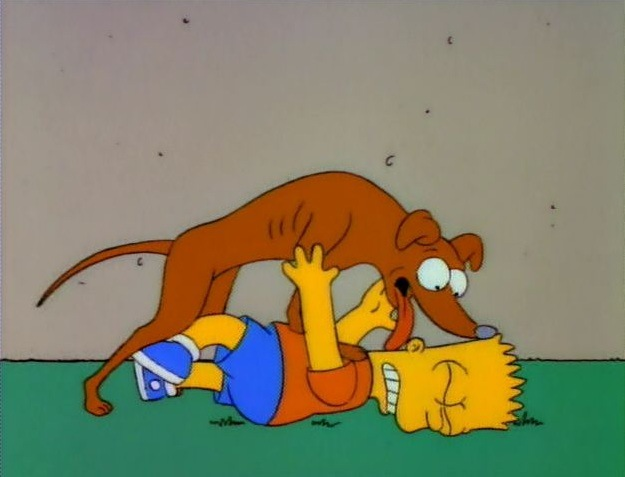 Introduced in the very first episode of The Simpsons to ever be aired (December 17, 1989), Bart’s dimwitted but loveable pooch (NOT Poochie) has been at the centre of some of the shows greatest episodes. “Two Dozen and One Greyhounds” would undoubtedly be in my top 10.

He’s the antithesis of Brian Griffin, portrayed as every bit a real-life dog, apart from a few breaks in this portrayal for the sake of a gag – my personal favourite example of this, apologies for video quality.

Whether he’s being chased through the vents by Willy (“There’s nary an animal alive that can outrun a greased Scotsman!”), or turning into liquid Terminator 2 style in order to escape the car, Santa’s Little Helper is involved in some of The Simpsons’ best laughs. 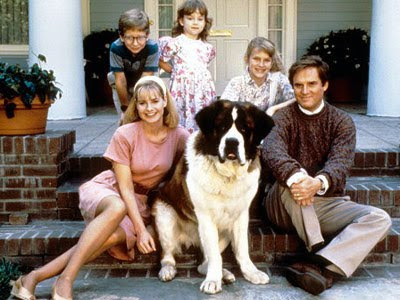 I suspect that – aside from being one of the most influential composers ever, whose music is still lauded the world over – Ludwig van Beethoven would’ve also been very proud that his name is now synonymous with one of the greatest canine-based family comedies starring Charles Grodin of all time.

Co-written by John Hughes (Home Alone; Planes, Trains, and Automobiles) under a pseudonym, this bouncy caper (and the SIX sequels that followed it) chronicles the misadventures of a colossal St. Bernard, played by Chris. Beethoven was an entertainment staple for any child growing up in the 90s. My favourite bit can be viewed here – the trailer is a minor masterpiece in itself.

Those were some particularly potent Scooby snacks – “Ruh-roh!”

I’m obviously talking about the Scooby from the original Hanna-Barbera series, rather than the 3D abomination of the more recent films. I suppose he would place somewhere in between Santa’s Little Helper and Brian Griffin in terms of cognitive ability. He’s not completely dog-like, he has rudiments of language, but somehow his younger cousin Scrappy has already fully mastered his lexicon, whilst Scoob keeps dropping in random “R’s” all over the place. Must be all that gear that Shaggy keeps feeding him.

Another mildly interesting Wiki fact: Scoob’s name was inspired by the syllables “doo-be-doo-be-doo” from Frank Sinatra’s “Strangers in the Night”. Keep that doozy in your back pocket the next time you want to win at conversation.

I can only apologise for the fairly 90s-centric nature of this list, it wasn’t my intention when I started out writing. It’s not my fault that so much quality entertainment was produced during the decade I happened to grow up in, a disproportionate amount of it apparently dog related.

Homeward Bound is perhaps the seminal example, the story of Chance and Shadow (played respectively by a bulldog called Rattler and a golden retiever called Ben)  – and whatever the cat’s name was. It’s the cornerstone of so many 90s kids’ sentimental cinematic memories (there’s also Fly Away Home, but I’ll save that for my top 10 onscreen birds). It’s one of those films that will always come up when other grown-up 90s kids are having one of those “remember all that shit we used to like?” conversations.

Someone will say: “Remember Homeward Bound?” And everyone will coo and go: “Aaawww yeah!! Doesn’t Michael J. Fox play the bulldog or something?!” 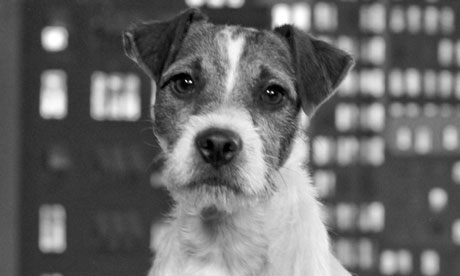 Most notable for his role as Jack in Oscar-winning The Artist, Uggie was the toast of Hollywood in 2012. So much so, in fact, that a Facebook campaign began entitled “Consider Uggie” which aimed to get the dog recognised by the Academy for his work.

The Academy doesn’t recognise dogs because, as the probably apocryphal tale goes, at the very first Academy Awards in 1929 the legendary German shepherd Rin Tin Tin apparently received the most votes in the Best Actor category. For whatever reason – possibly the Academy not wanting to make their very first ceremony a complete farce – Rin Tin Tin was supplanted and the award given to soon-to-be Nazi propaganda star Emil Jannings.

Perhaps it’s time to eschew this precedent and introduce a “Best Animal Performance” Oscar. As one reviewer noted of Uggie in The Artist: he “steals every scene in which he appears,” a shining example that dogs don’t just have to be a fluffy novelty on the big screen.

Well that’s it, thanks for reading. Make sure to watch Bully Breed on our YouTube channel. You’d be barking mad not to. I’m sorry.